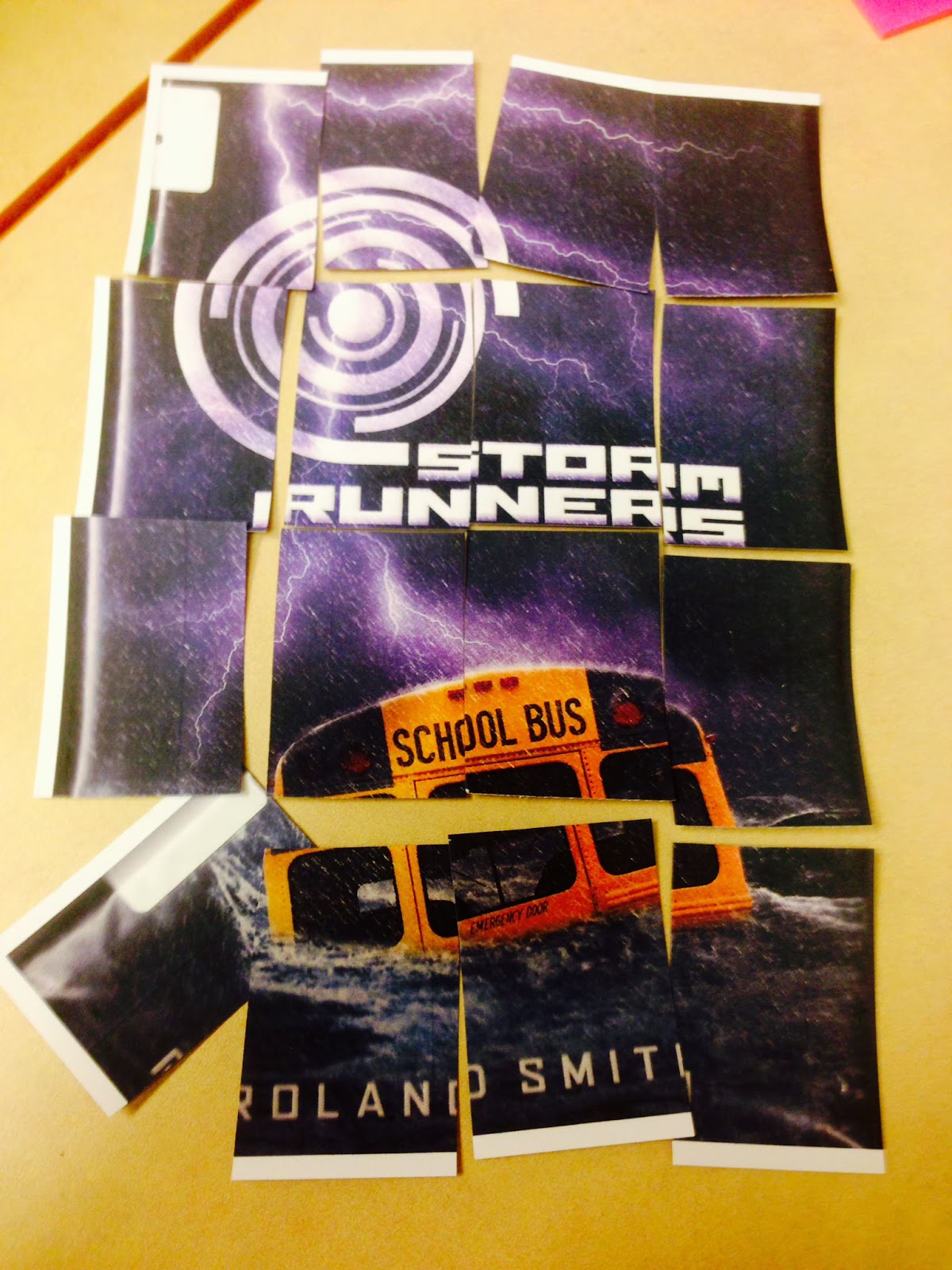 Last week was our book club meeting and the book of the hour was Storm Runners by Roland Smith. This is a quick read and everyone really seemed to enjoy the fast-paced plot. Michigan has been experiencing some pretty severe winter weather (even for us) so the kids could relate to extreme weather conditions even though none of us had ever been in a hurricane like this story. Some of the kids lamented the lack of character development in the first book, but one astutely observed that it might be because Chase (the main character) himself doesn't know these kids that well. Maybe we get to know them better in the second and third books as Chase learns more about them?

I experimented with two new (to this book club anyway) activities this time around and the kids responded really well. The first was a rip-off of our Minute to Win It program from the week earlier. One of the girls had actually been at the program and she was especially excited. We played "Breakfast Scramble" with the book cover, so I guess we should call it "Book Scramble." Each of the kids got a baggie with 16 pieces of the book's front cover and they raced to see who could put it back together again the fastest. I thought this was a good way to cross-promote our Minute to Win It programs, which we will definitely be doing again either during or shortly before our summer reading program.

The second activity was a "vote with your feet" type thing. I had the kids stand up and walk over to signs labeled "Yes," "No," and "Maybe" in response to the following questions:


I would definitely do that again, because they really liked moving around to answer the questions and not having to verbalize their opinions. I told them these were mostly questions about their opinions and there aren't right or wrong answers necessarily. I just wish I had thought of more questions ahead of time as it went really fast. The kids did come up with some of their own to ask though so that was great.

I also showed them a news article from January in Florida where a lioness escaped from a sanctuary. I had the kids predict whether she was captured alive (they all thought she would have been killed but she was returned safely, no worries!) and what the punishment for an escaped animal might be.

Our next book is The 100-Year-Old Secret, the first book in The Sherlock Files, by Tracy Barrett. We ended our book club meeting by watching a fan-made trailer.
programs school age programs tween book club