Minute to Win It Tween Program 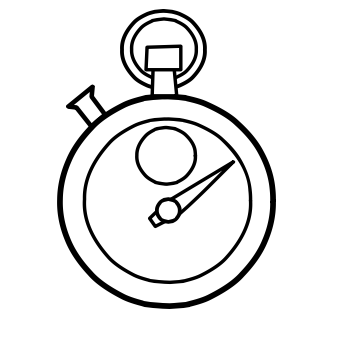 One of our other branches has been having a lot of fun with Minute to Win It programs, so we decided to try it over here at our main branch too. Rather than blather on about the rules of the games, I thought I'd share some videos off YouTube so you can see how they were played. All credit for this program goes to the children's staff at our other branch in the city and they were kind enough to let us use their supplies as well. Thanks!

We registered 19 children for this program, grades 3-6. 17 kids showed up, which was a really good size. Two parents stuck around to watch, laugh, and video tape. Our program was scheduled after school, from 4-5 on Tuesday, January 21st. I took the opportunity when I was introducing the program to plug our book clubs (we have what is basically a school-age story time once a month my co-worker puts on and my tween book club, also monthly). We showed the kids each video before playing the game so they could learn some strategy and set the mood.

Speaking of, here's a list of the supplies we needed:

Noodling Around: uncooked penne and linguine (our other branch recommended having the kids try and get 5 pieces of penne on their linguine instead of 6). We played 2 kids at each table there and recommended they space their noodles out a bit.

Breakfast Scramble: cereal boxes cut into 16-rectangles, the other branch loaned us 20 sets but we still only played 8 kids at a time (4 at each table).

Face the Cookie: enough cookies of the same type for all the players (we used an Oreo-type cookie but from the dollar store). (We had unopened packages left over from another program) This is the only game we needed chairs for. We had 4-6 kids play at a time and then each kid had a "catcher" whose job was to catch falling cookies. We gave them a plastic bowl for this purpose. They weren't really good at catching the falling cookies but it was hilarious to watch and they like to have a job so they don't get bored. This is the only game we used chairs for the players. The rest of the games they were standing. Each kid was only allowed 3 cookies for budget reasons, but they could keep attempting with the same 3 cookies as long as they didn't fall on the floor. Make sure you make a rule about not eating cookies that fall on the floor. They might not listen but at least you tried.

Don't Blow the Joker: Regular decks of playing cards and plastic pop (this is Michigan, it's not soda) bottles. We didn't use 2-liters but used a smaller size, emptied and filled with water. I actually dug these out of the staff room's recycling bin, because apparently I have no fear and/or shame. 4 bottles = 4 kids can play at a time, but if we had had more bottles available we could have played. They had fun rooting for each other though.

My co-worker and I both have iPhones so we used the timer to count down from 1 minute and played a noise. We also had a bell for backup if the timer wasn't loud enough for the kids to hear, but the phones worked fine and the kids counted down the last 10 seconds with me. I did remember to say "The game begins in 3...2...1" before starting the timer, as they do on the show,

Here are the games we played:

Noodling Around: Most of the kids got at least one noodle on and I believe only 1-2 managed all 5 noodles.

Breakfast Scramble (couldn't get this one to embed, so you'll have to click to play it) No one was able to complete this one, but a few kids got really close. Kids' cereals are easier (Lucky Charms) than adult cereals like Kashi. The back of the boxes is harder than the fronts.

Don't Blow the Joker (had to watch a couple videos one where the bottle in play was for a kid-friendly beverage):

As far as problems go, there are two things we would do next time:

1) Check ahead of time about food allergies if doing Face the Cookie. One girl did have a small potential allergen issue, but her mom cleared one of the brands of cookies we had as OK, so she could still participate. Next time we will check ahead of time. We didn't pick the actual games we would be using until the week of the program so I didn't even think about this. Bad librarian! This was the kids' favorite game, by the way.

The kids loved this program and it was a lot of fun for the staff to put on. They left begging to know when the next one is, so I'm thinking that will be around May. I think in addition to regular Minute to Win It programming, these types of games would be an awesome way to fill out a non-game program. They could be a book club ice breaker, or a time filler for another type of program. Would love to hear readers' ideas!

Sorry for new pictures this time! Set up was pretty straightforward for this one though--2 tables for each game, 2 kids at each table per round generally (except Breakfast Scramble which was 4 and we played a couple rounds of Face the Cookie with more kids, since they only used the table for holding the unused cookies). We were able to get through all 4 games in almost exactly one hour. Don't Blow the Joker sets up very fast but the other ones took longer in between rounds.
games minute to win it programs school age programs