Two Little Aliens
(To the tune of "Two Little Blackbirds")


Two little Aliens crashed on a hill,
One named Jack and the other named Jill.Fly away, Jack (wheeeee!)Fly away, Jill (wheeeee!)Come back, Jack 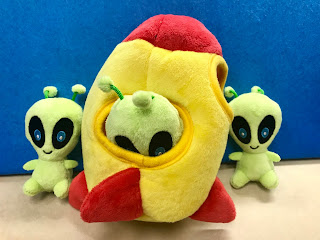