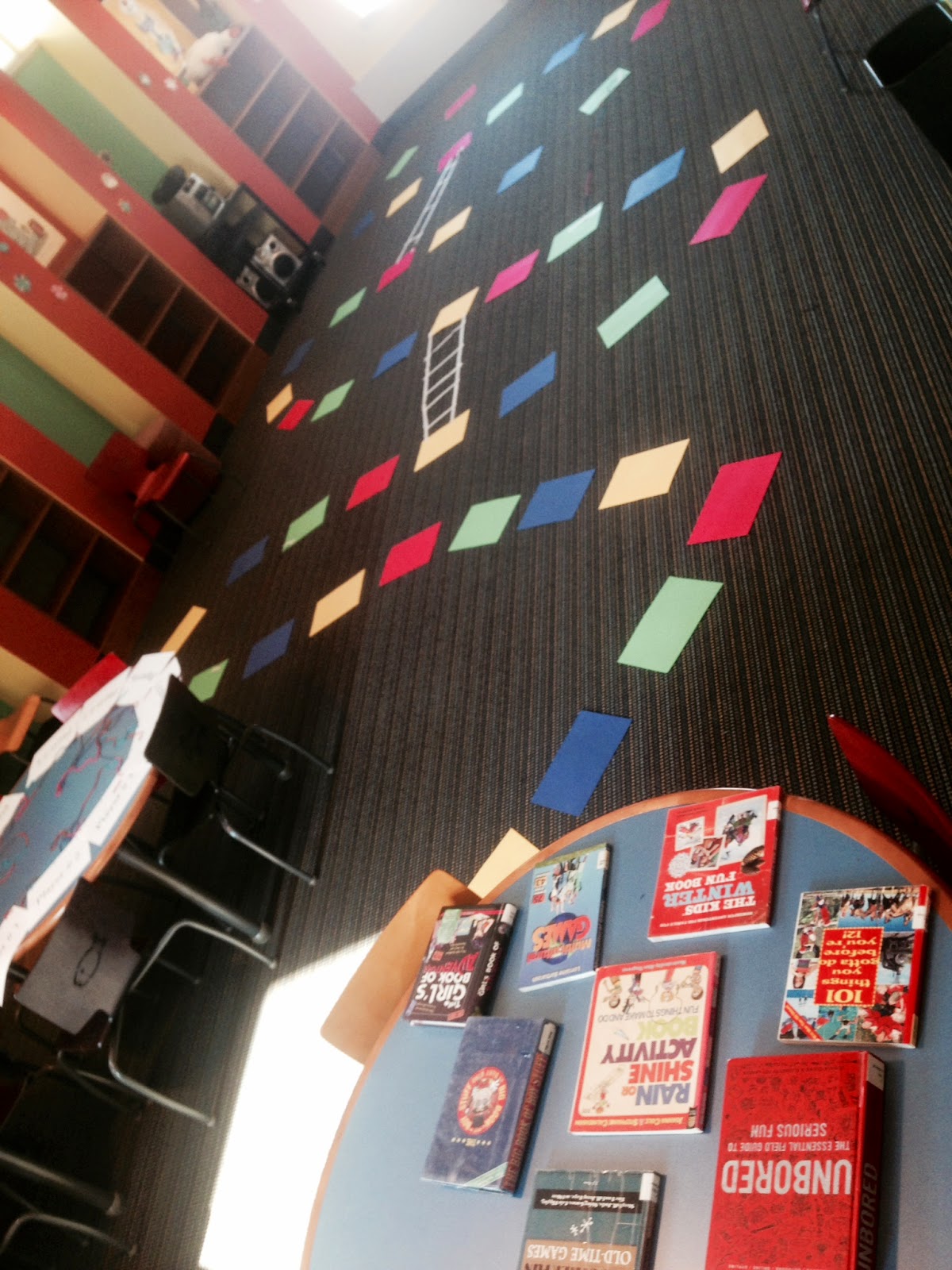 I wanted to share a really fun, easy program we did here that I learned about through Amy, Anna, and Kelly: life-size chutes and ladders! This would be a great program to fill out summer library programs or even a quick one to throw together on a snow day. It took about an hour of prep to put down the construction paper squares but that would be relatively easy to hand off to a volunteer even. We used masking tape for the ladders and yarn for the chutes (not easily seen in this picture thanks to the striped carpeting in our program room).

This program was for 45 minutes after school but the kids would have happily played for an hour or more. We played one round with the board as I laid it out in this picture (taken before the program). Then I had the kids start modifying the board. They wanted more and more chutes! We also played some rounds starting from the original finish point. In the last game, the kids added some extra twists in the form of squares that would have a player: lose a turn, win a second turn, or win the whole game automatically. For the first game we used the spinner Anna made. Instead of projecting it onto the wall, I loaded it onto our department's iPad and walked it around to the kids. Then I gave the kids the option of using a giant foam die that we have and they preferred that over the iPad.

Incidentally, the same girl won three out of four games. I've never seen someone dominate a game of luck so thoroughly! Also pictured is a display of other indoor games and activities. You can also make out the table where I laid out the signs to number the players on the lower left of the photo. We played some Putmayo CDs during the program to give it a party atmosphere without annoying music. The winners got to pick a prize out of a box of temporary tattoos. All in all, a cheap and fun program! Would do again.
programs tween program