"I Had a Little Rooster" With Puppets 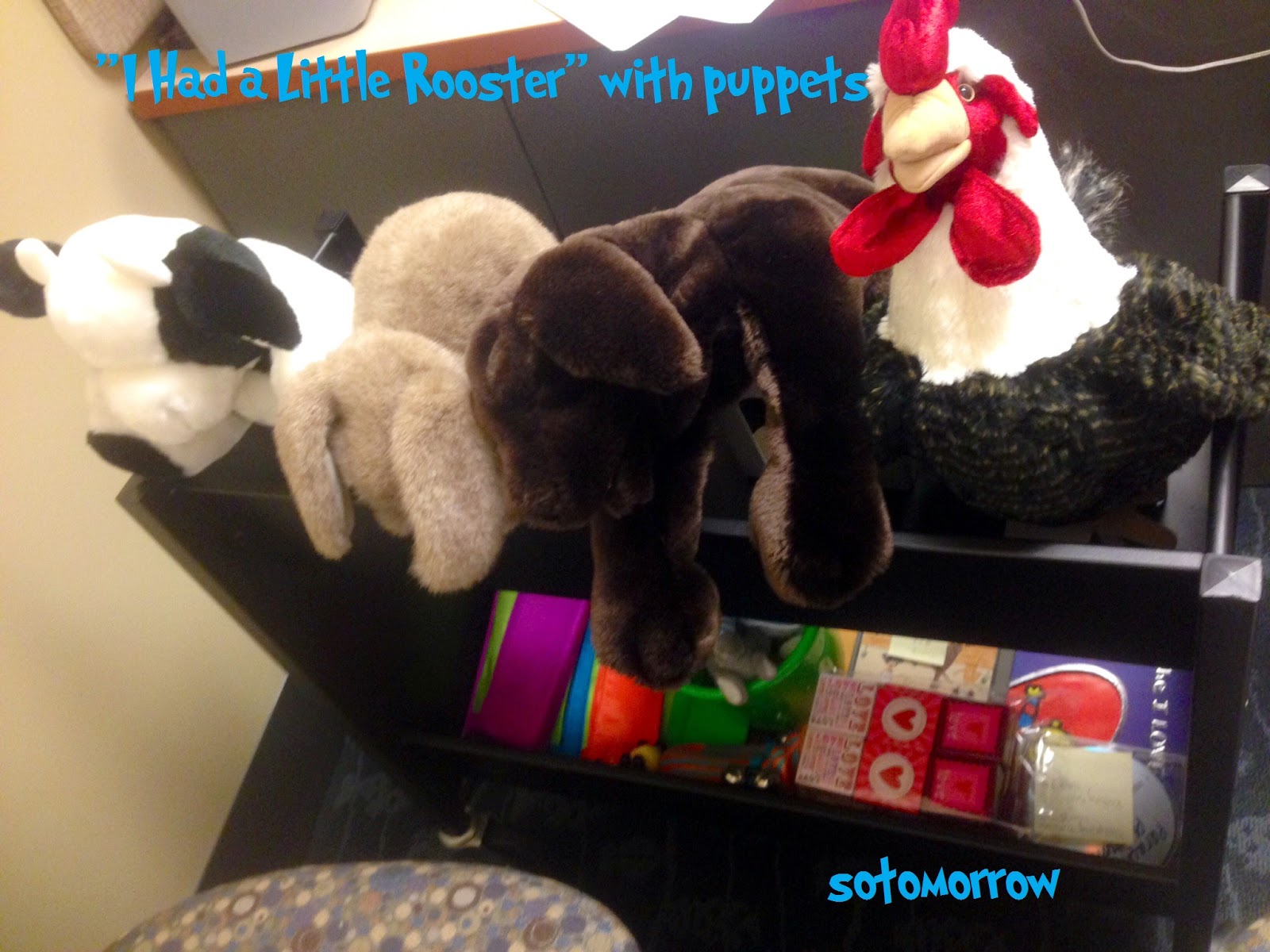 Sometimes I come across a song I can't believe I did not already know. Right now it's the folk song "I Had a Little Rooster" which I discovered by listening to The Learning Groove's Outrageous Orange, which is one of my daughter's favorite CDs. She's 2.5 and gets her excellent taste in music from her parents. I thought this would adapt to a puppet song really quite easily. Of course I didn't have a rooster puppet at my library but I was able to borrow one from our neighboring branch (thanks, E!).We did have the dog, rabbit, and cow puppets here though. They are sitting on a metal bookshelf propped up on metal bookends. This is the easiest way to manipulate four puppets with my mere two hands.


If you don't know the song, you can listen to it on the Learning Groove website, which is just a ridiculously amazing treasure trove of stuff. Please buy all the CDs. You won't regret it. I sang this myself instead of using the CD though. It gave me a little more time between verses to pick up the next puppet. I find more of the adults join in when I sing instead of using a CD also. Another bonus of not using the CD is you could add or use different puppets. Next time I will grab more as this song really kept the kids' attention.

The rest of the lyrics are here. Sheet music is here. You can download the song via CDbaby or iTunes. If you'd like to see a flannel version, In the Children's Room posted one a few years ago.