I held a special "winter wonderland" storytime outside of our regular storytime. I wanted to be able to do some things we don't have time or space for during my regular storytimes. I held this program in mid-December but specifically did not include any references to Christmas or other winter holidays. Even though this is Michigan, we had basically no snow the whole week of this program.

Everyone participated in this action rhyme and I'm toying with making it part of my opening routine when regular storytimes resume in January.

Then we did Snowball, Snowball on the flannel board, which was a perfect transition into our book, Snowballs by Lois Ehlert. After the story, we did a few scarf rhymes including one that I adapted to better fit the winter theme (original words have rain instead of snow):

Then I read Jingle, Jingle by Smee. I used a bell when the text said "jingle jingle". Next time I would skip a second book as we had a big group (48 people) and the younger ones were starting to wander. I had planned to do Three Little Snowman Riding on a Sled but I skipped that. I'll save it for my regular storytime group in 2015.

Then we moved into our craft project: paper gingerbread houses! I used an Ellison die cut of a house, then the kids added candy and snowflake foam stickers. Then, they painted around the shapes with Special Snow Paint (Epsom salt and water mixed) with a foam brush. I went around and let them soak their brushes instead of giving everyone a cup so nothing got spilled.

The paint went looking like water but as it dried, the kids could see it started to look like snow and ice on their houses. You can also add food coloring but it wouldn't have shown up well on our brown construction paper.  This project was inspired by an Oriental Trading craft kit that is adorable. The stickers we used were left over from Halloween. Could you tell? 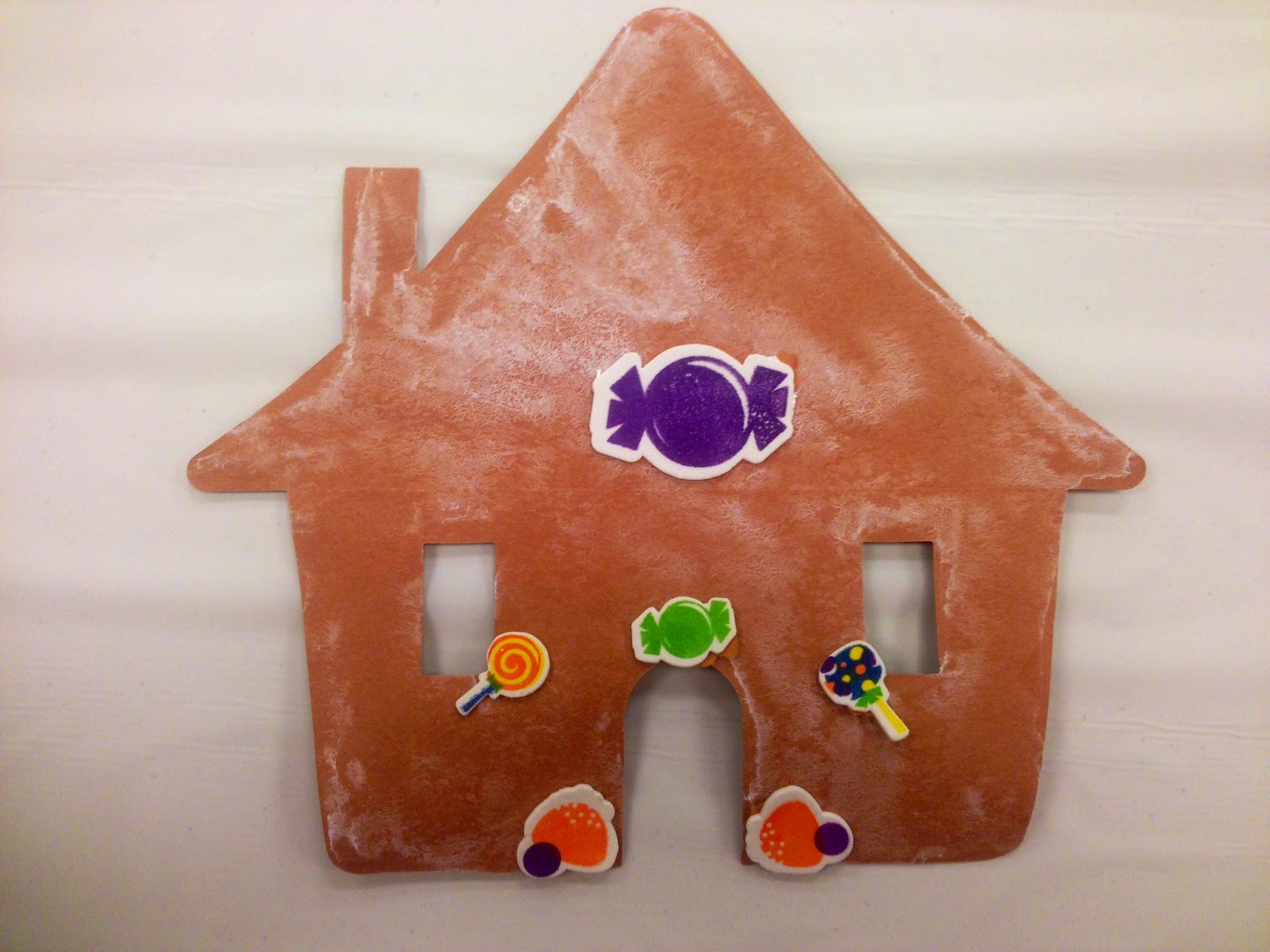