on September 16, 2014
I'm trying something new this school year with my tween programming. I decided to branch out from book discussions and try a different type of program each month. I'm calling this experiment Tween Tuesdays and it meets from 4-5 pm once a month. The first month we experimented with marbles and mazes in a low-tech basically free program I called Marble Maker. But Maze Maker is probably a more accurate name.

One of my co-workers at another branch brought a maze craft project to one of our children's staff meetings and I loved the idea (which I believe she discovered through Pinterest). So that was the main project of this program. I set out straws, invisible tape, and copy paper boxes and lids and the kids designed their own mazes. I also let them keep one (dollar store) marble. We already had all of this stuff on hand (seriously we have thousands of plastic straws).

Then, out of pure serendipity, I spotted an idea for a pom-pom maze activity in 101 Kids Activities That Are the Bestest, Funnest Ever (seriously great book). The book suggested using sticky notes for the borders, but I didn't think they would stick well to our program room's carpet so I went with masking tape. The kids blew pom-poms through the maze using the same straws, which I obviously immediately had them throw out. This is the maze I put down to start and I intended for the kids to hack it. Instead they played it over and over and then decided to make some true racing lanes out of the tape.

I also printed out some intermediate mazes from KrazyDad.com for them to do while waiting for other kids to finish.

We tend to have lower attendance for our programs during the first few weeks of school and this program was no exception. I had 7 kids register and 5 attended. However, that number would have been typical or my book club and I think we all enjoyed this program more. Two of the kids even asked if we could do it again tomorrow! 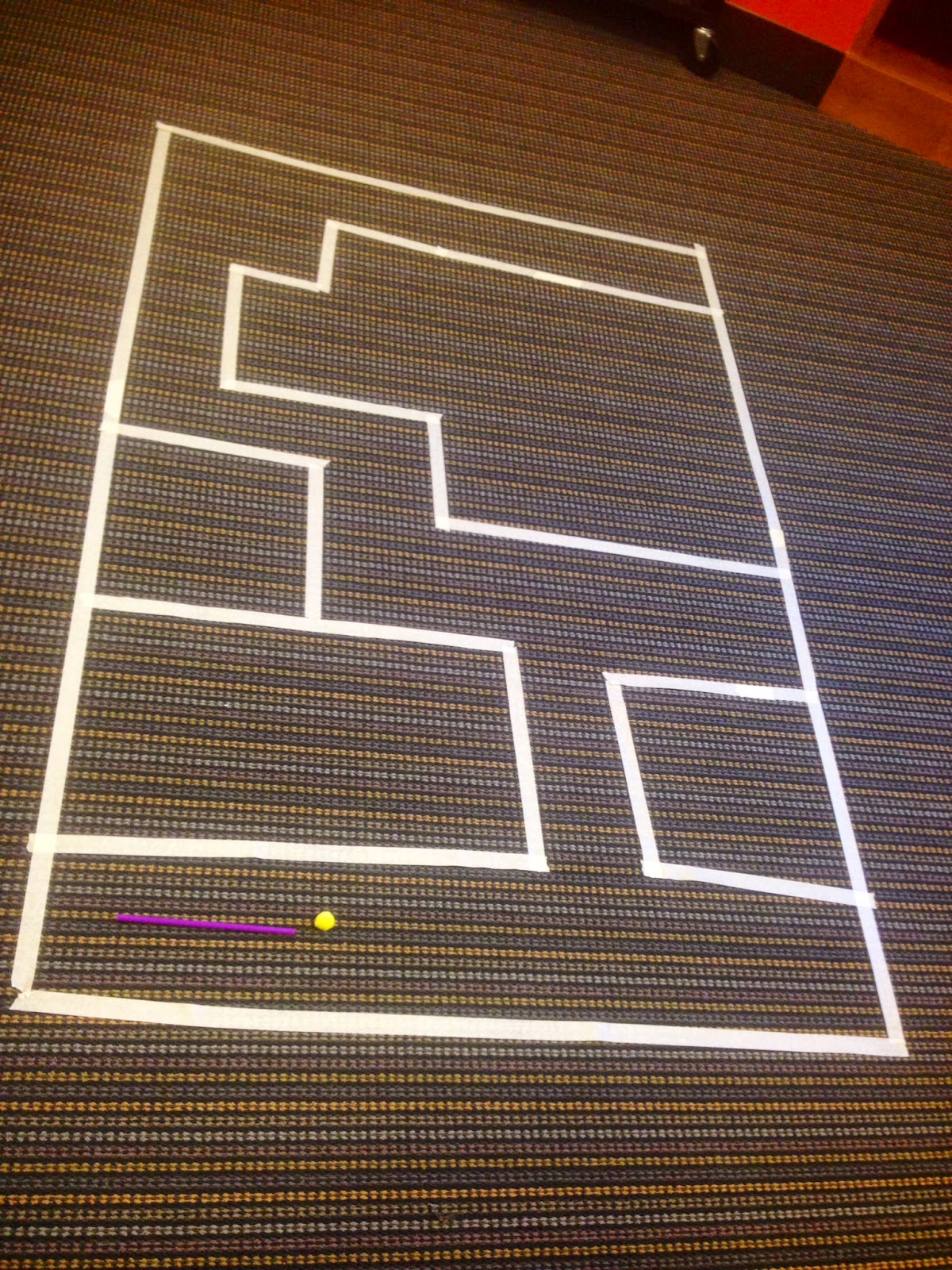 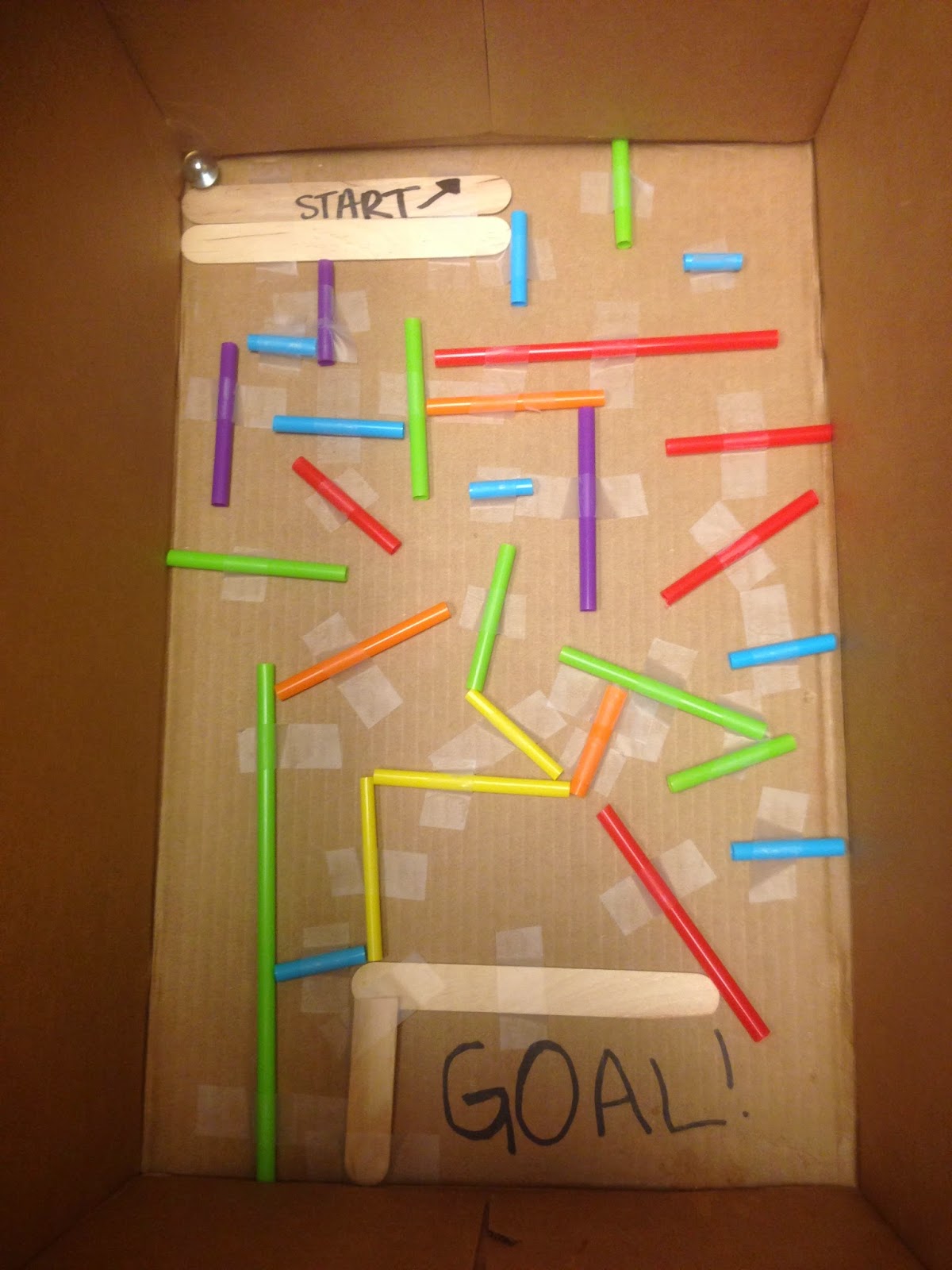