on June 05, 2014
The children's department staff has done an amazing job decorating our room for summer reading! Like many libraries, we're using "Fizz Boom Read" as a theme. Since we are blessed with a large space, our head decorator and myself decided in the planning stages to divide it into roughly thirds. You'll see below in the pictures that one third is dinosaurs, another is robots and beakers, and a last is outer space, which also contains some more robots because why not.

The decorations are either from Oriental Trading (space accessories, inflatable dinosaurs) or homemade by my extremely talented co-workers (robots, beakers, trees) mostly from recycled or leftover craft/electronic/misc. supplies. The atoms were made from hula hoops with ball pit balls. I do apologize that these pictures are so dark. I have a hard time getting well-lit photos in our room, with or without a flash. If you're in the Great Lakes Bay area, stop by and have a look in person! 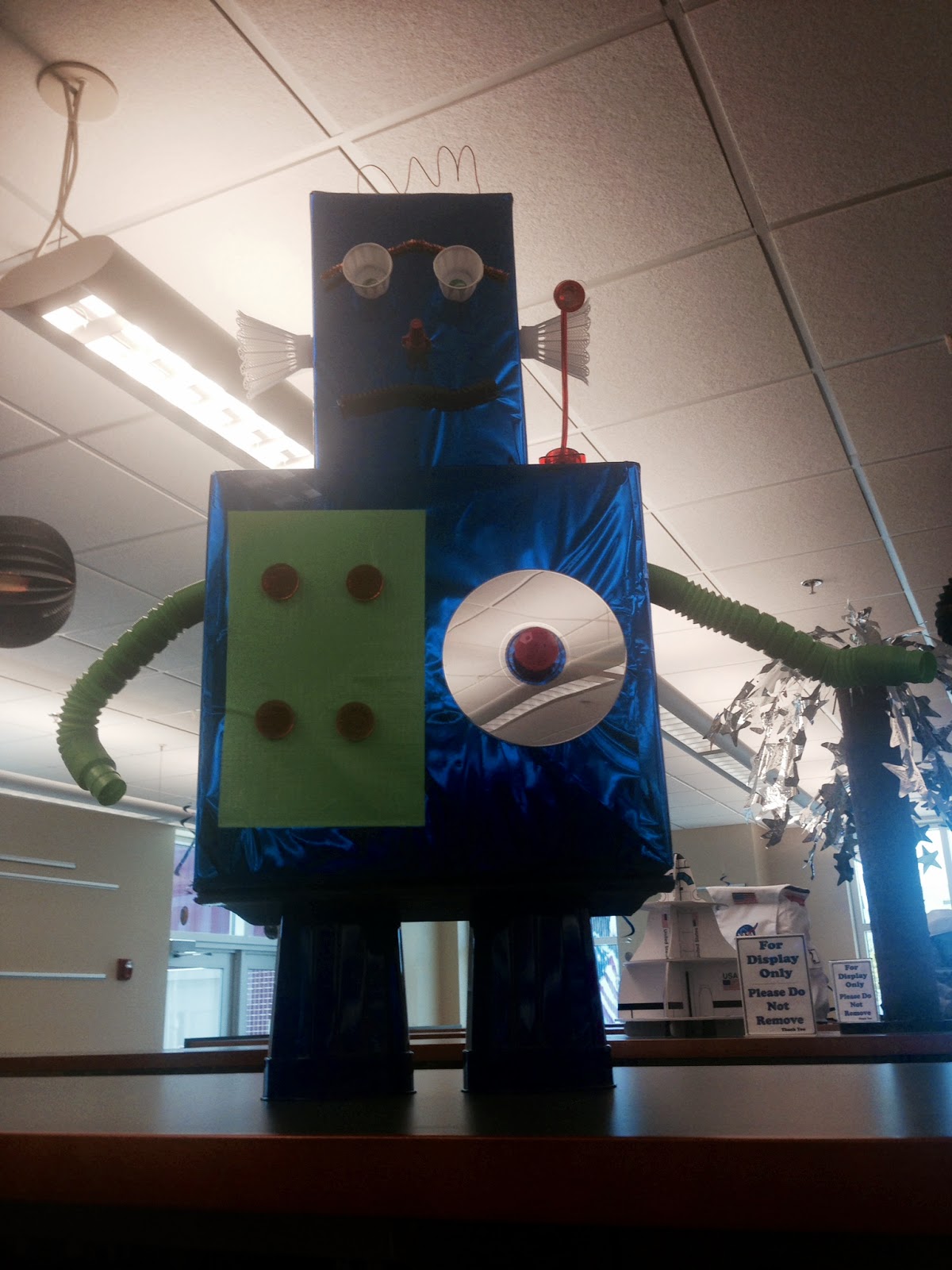 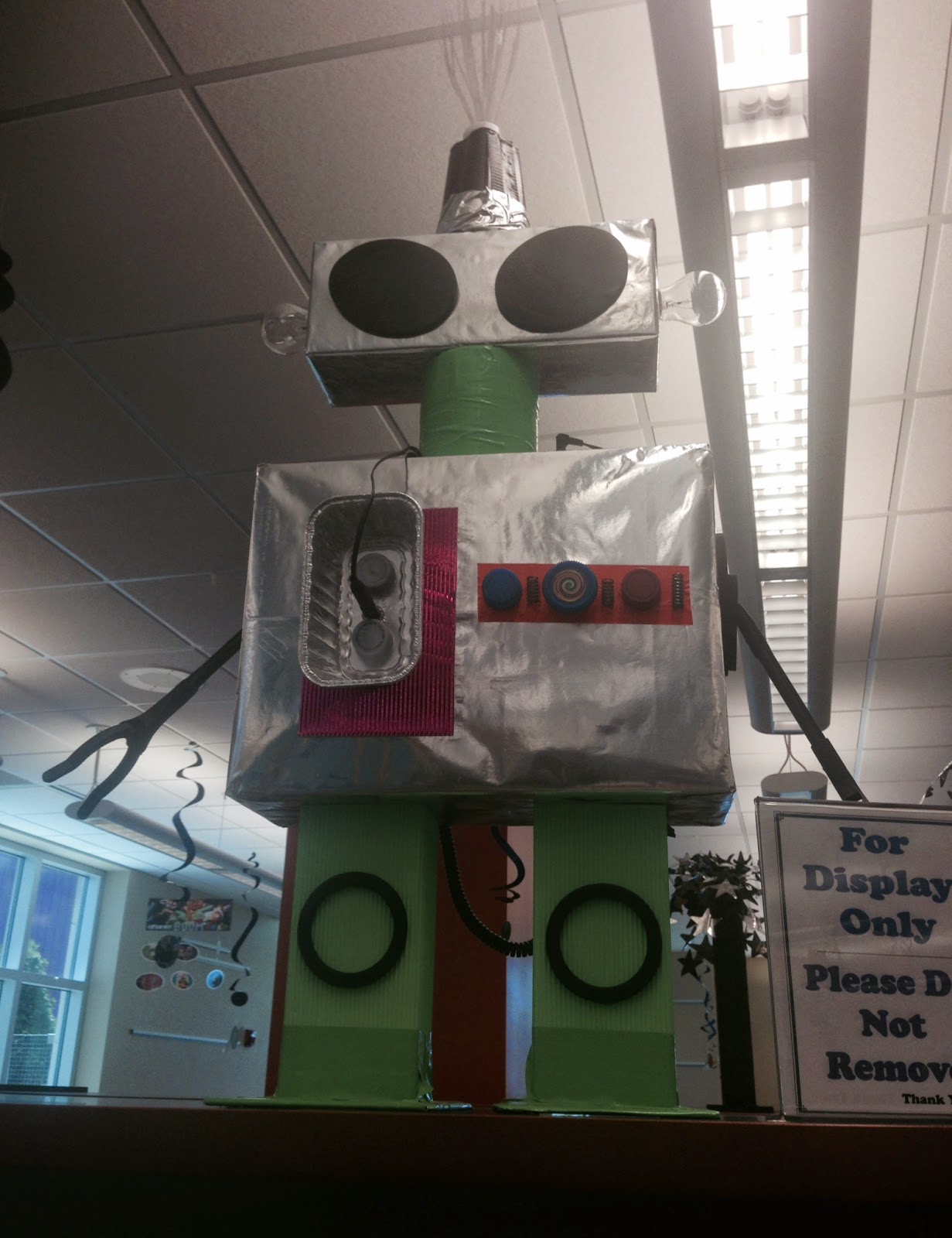 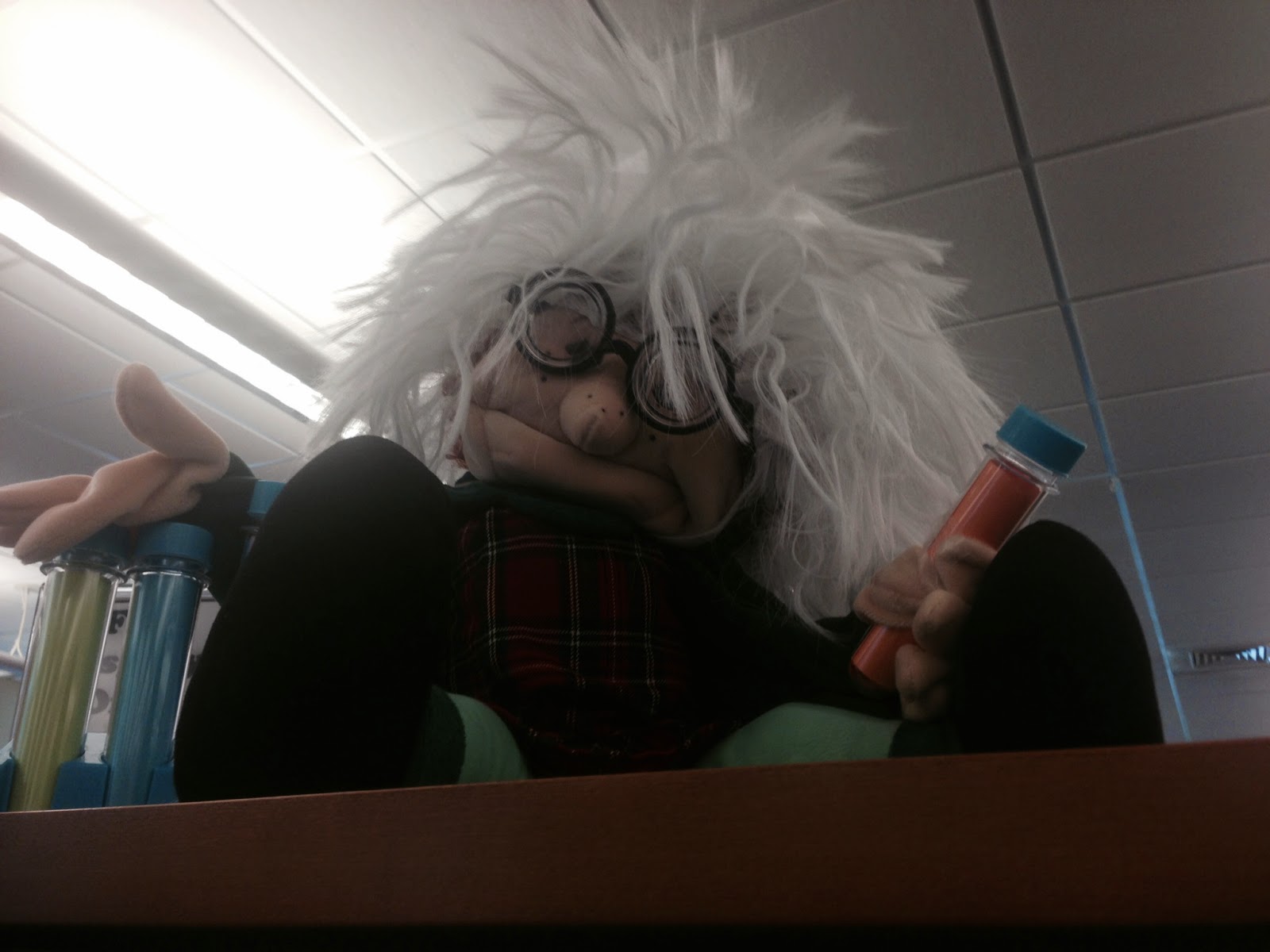 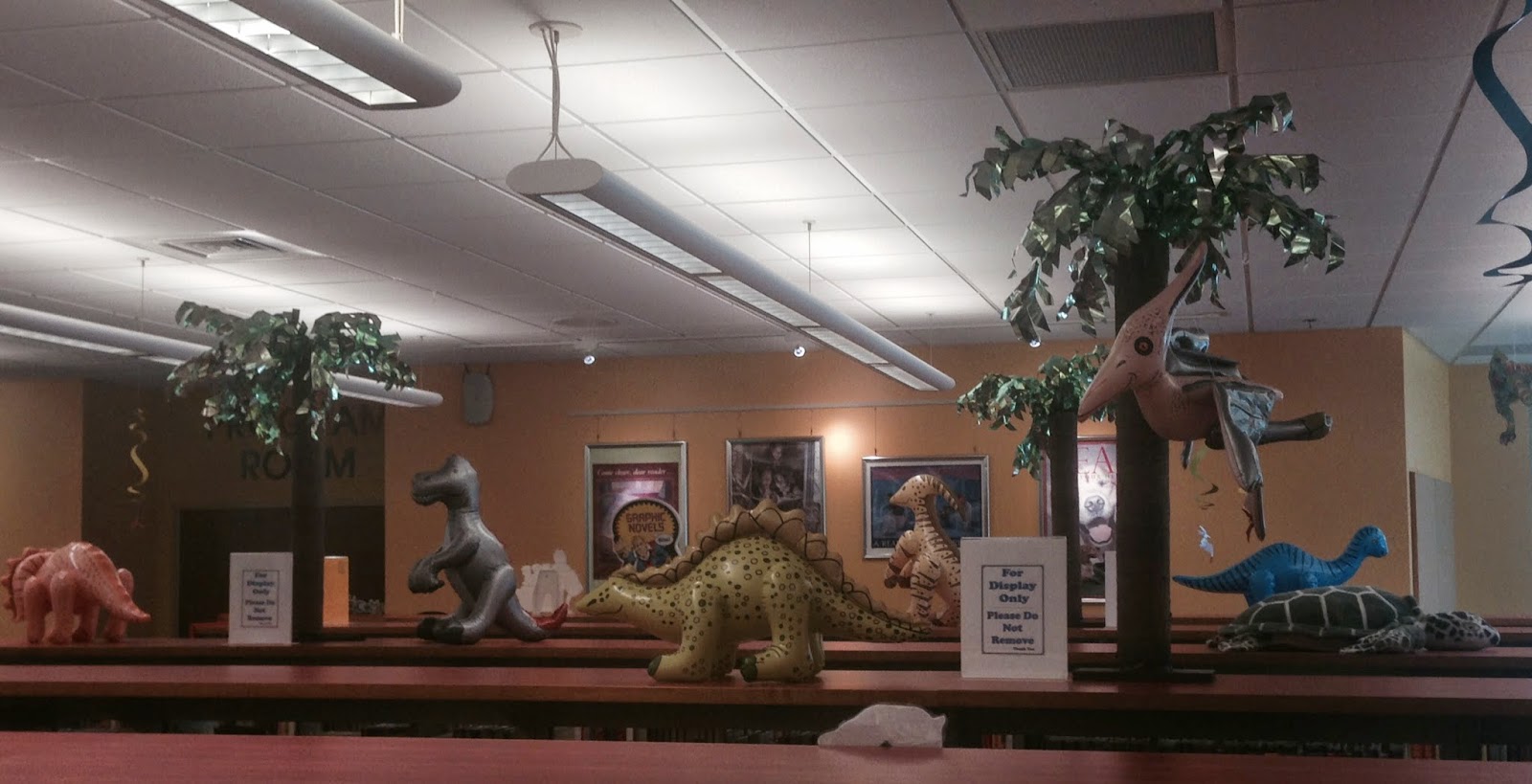 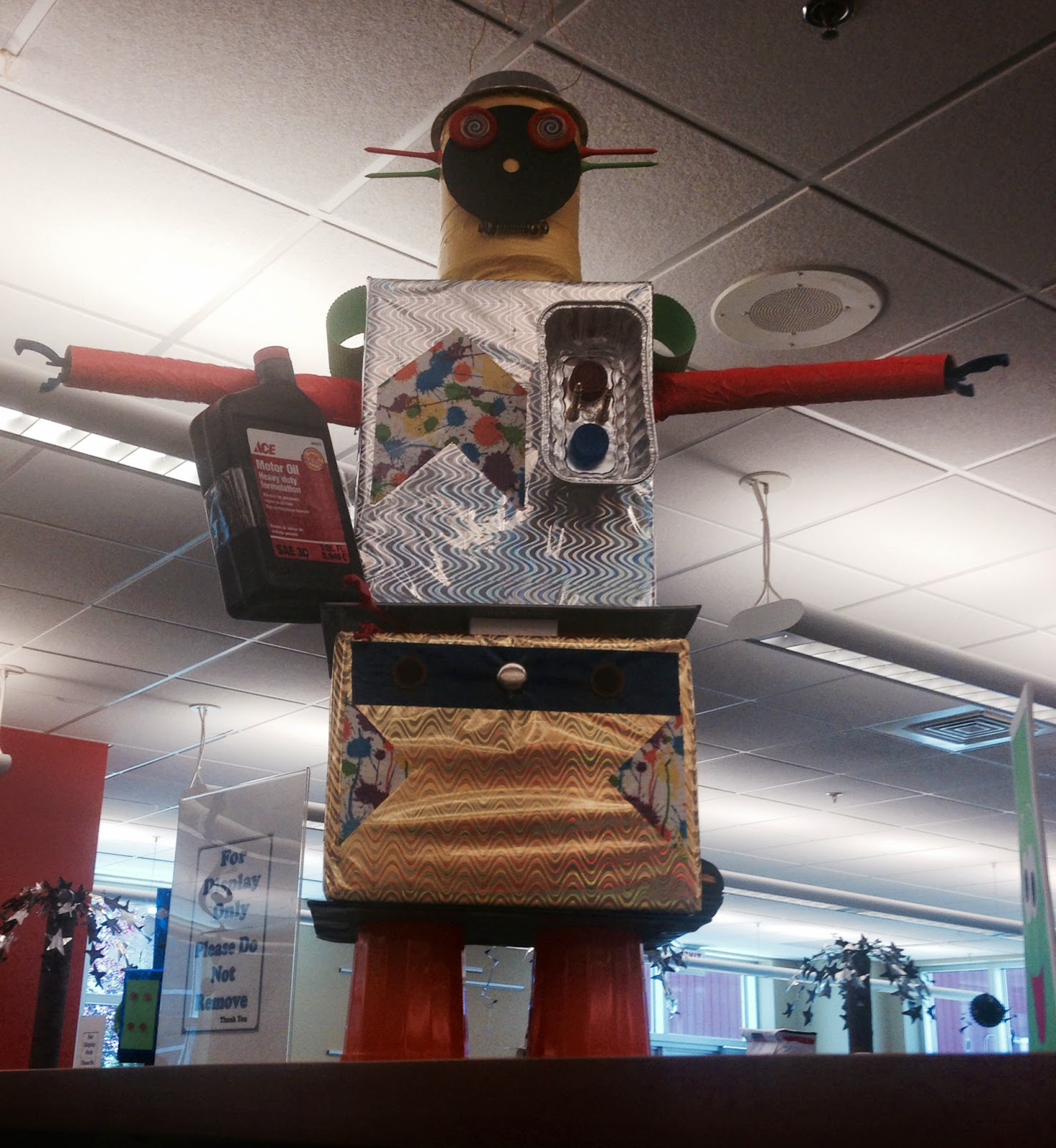 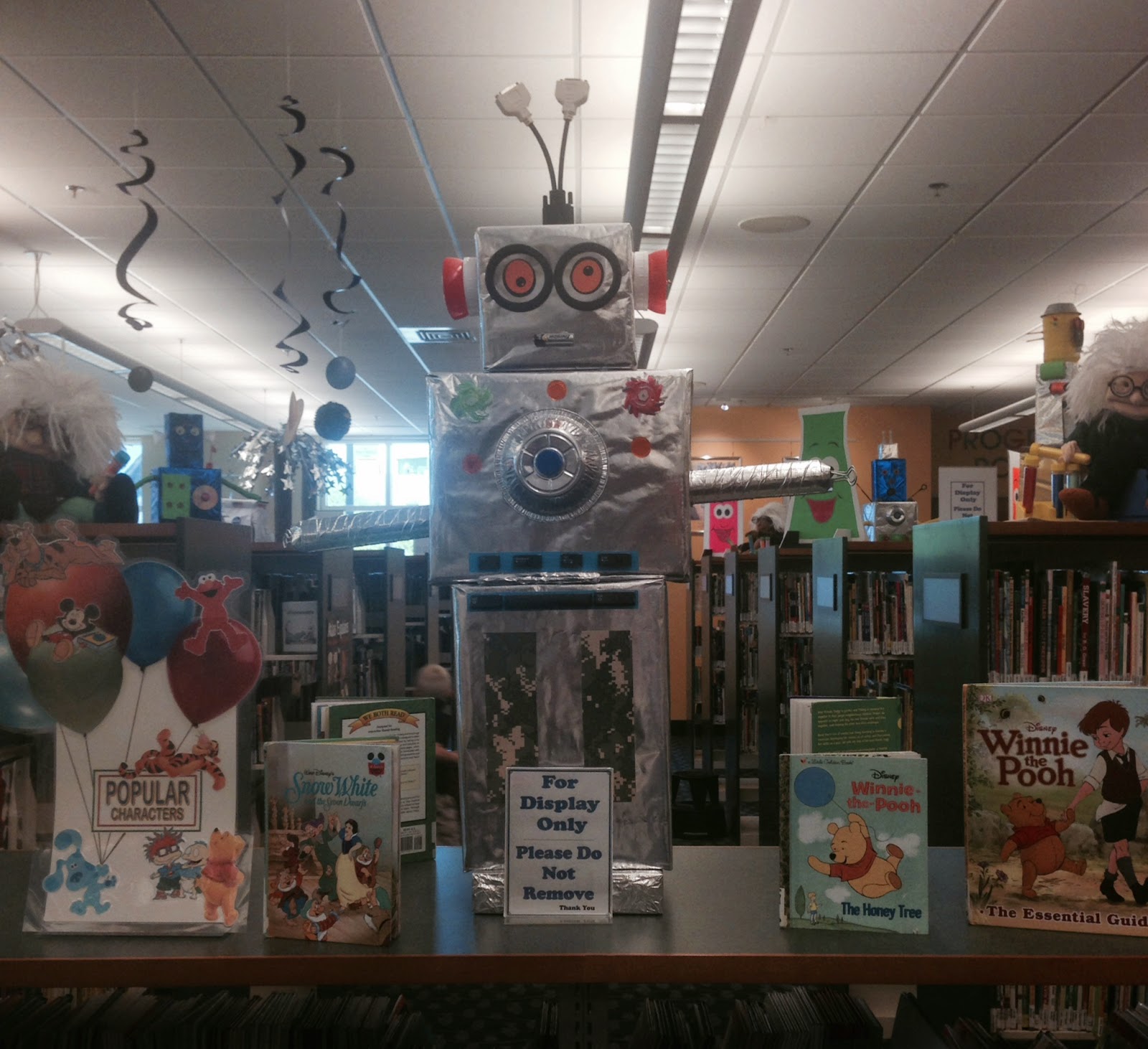 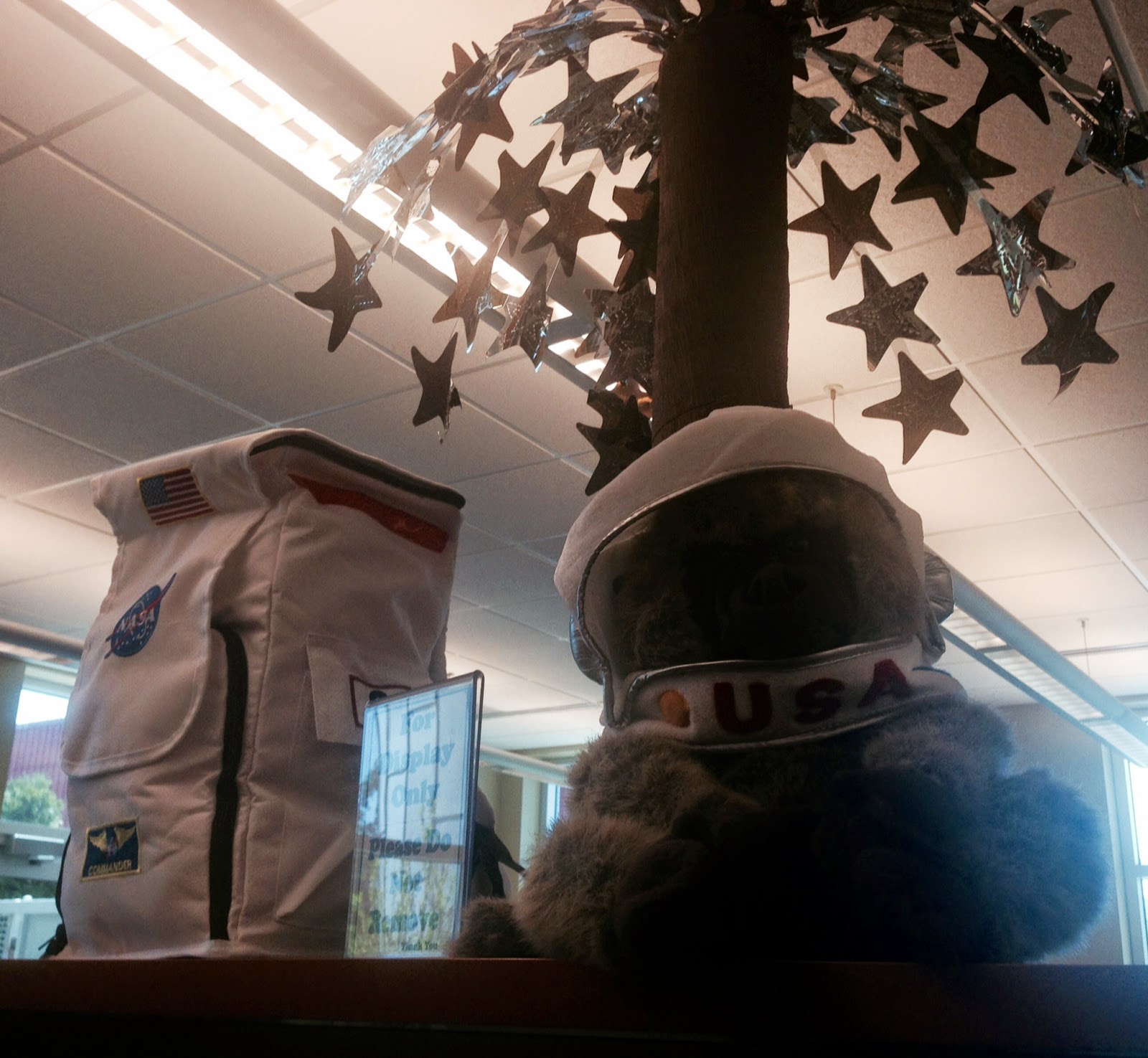 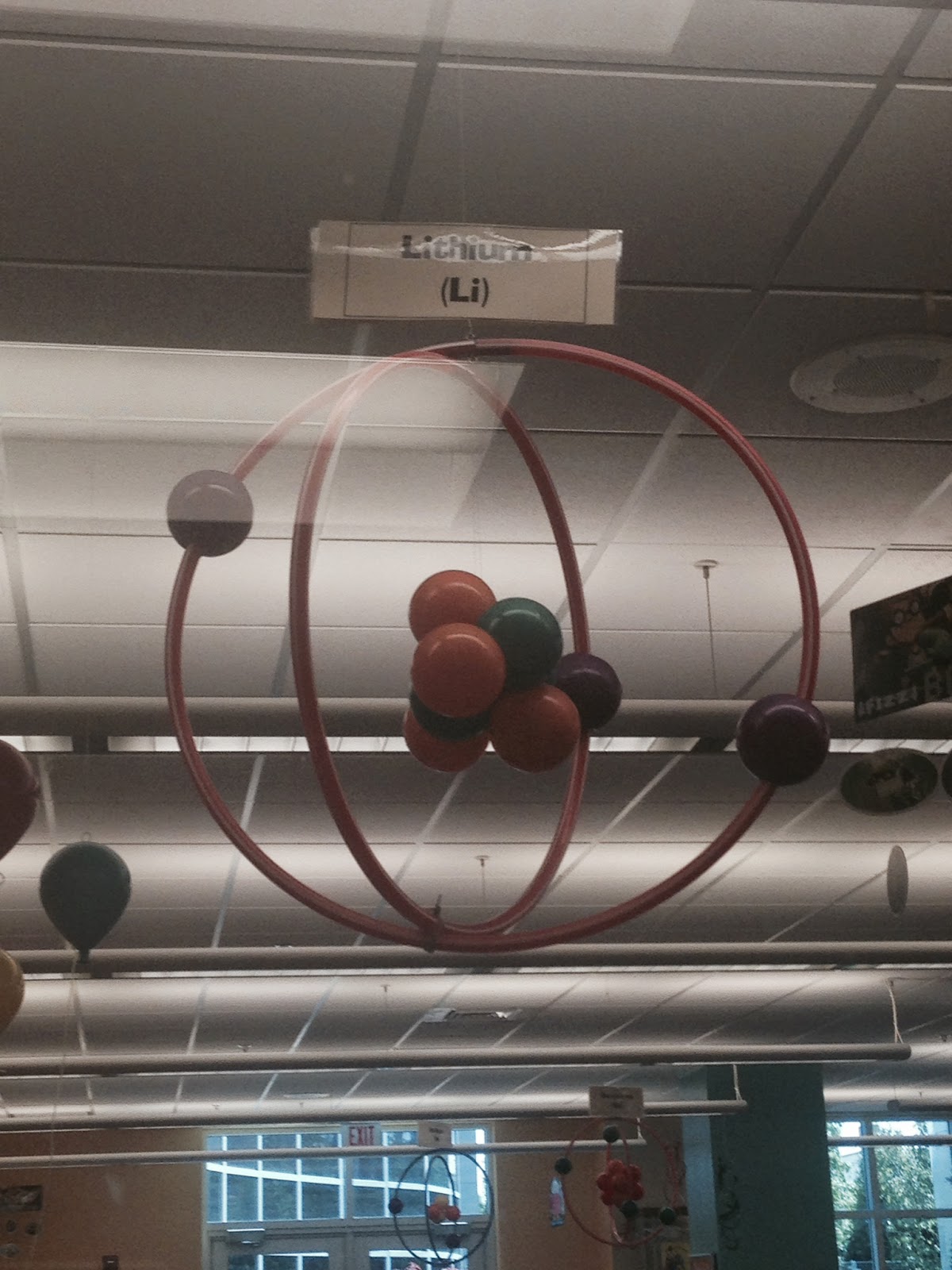 Over at our Writing Center this month, we've copied Bryce's idea (and used her form, yay for sharing!) and the kids are drawing robots and telling us about their creations. Hilarity has ensued. One robot's secret weapon is liking cats.