Disco Balls and Using What You Have

on April 08, 2014
When I was a kid, someone gave me a disco ball for Christmas. Weird gift, but I loved it! It sat in my room for years and was the star of many teenage girl impromptu dance sessions. Last weekend,I found it in my basement during a spring cleaning binge and thought it would be fun to bring to one of our library dance parties. When I took it to work, I noticed a huge problem: 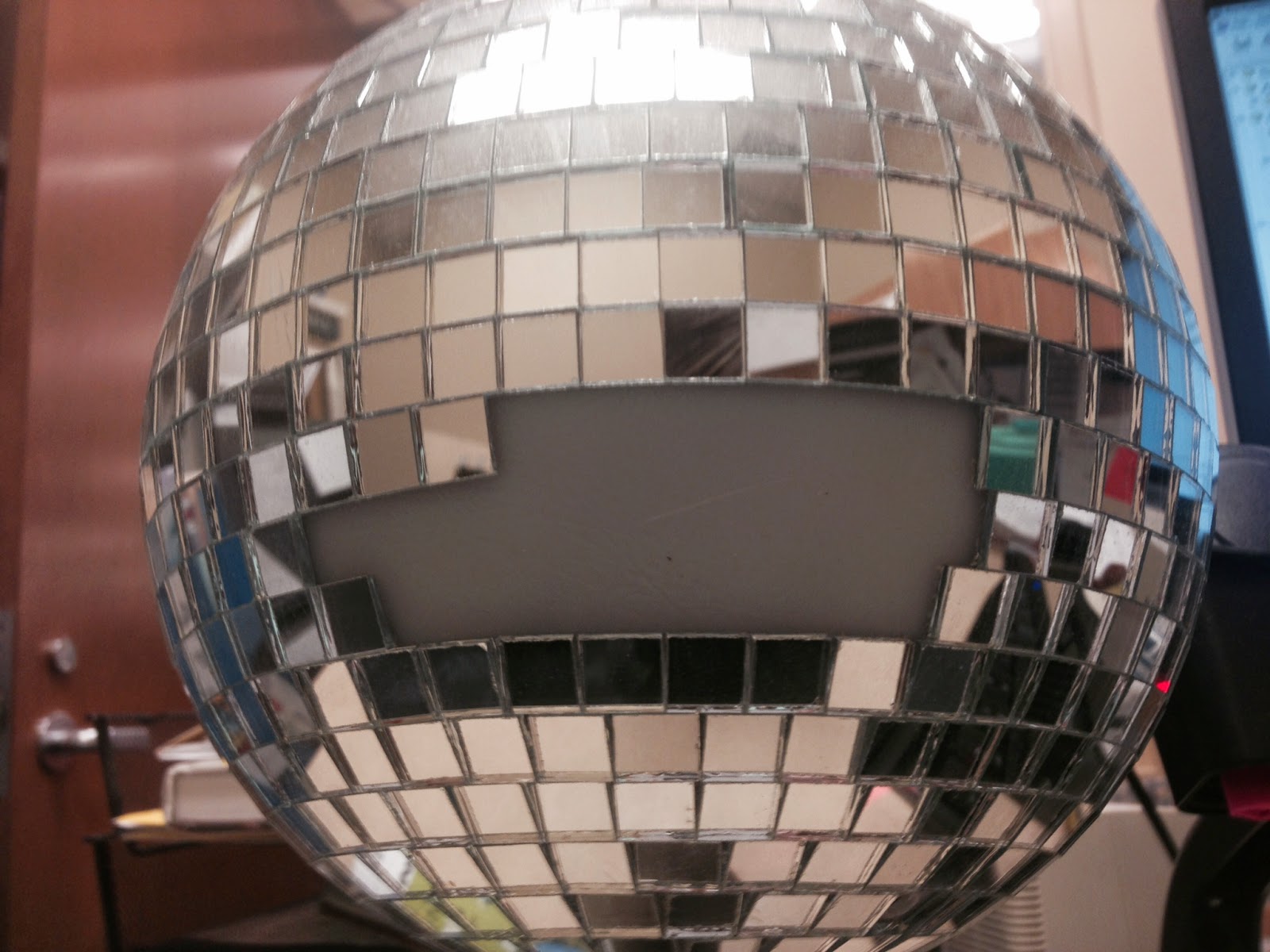 At first I thought I would just buy some mirrored tiles at a craft store, but I mentioned this idea to a co-worker and she happened to remember that we had these strips of silver-on-both-sides foil (not sure exactly what kind--it's thinner than aluminium foil but that might work too.) leftover from some long-forgotten project. 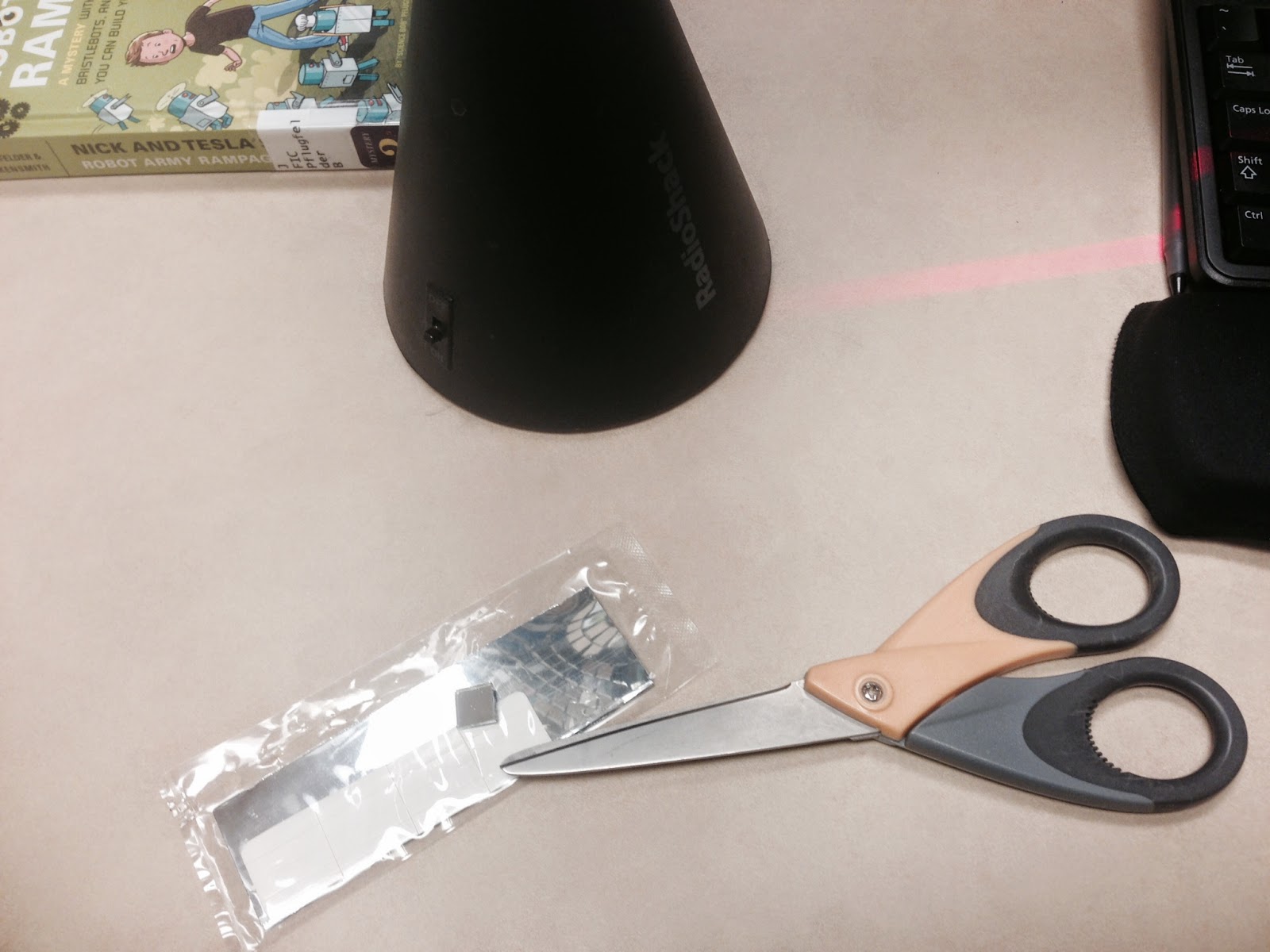 At first I wasn't thinking and thought I could just trim the strips to the size of the gap and hot glue them. Well, duh. A disco ball is a sphere and it wouldn't have looked right at all. So I realized that I would have to measure and cut tiles out of the strips. METRIC ALERT: These tiles are exactly one centimeter square. Perfect! A quick Google and I was able to find 1 cm graph paper. I printed it out and trimmed it to the size of the strips. I used double stick tape to adhere the graph paper to the foil and just snipped along the lines.

When I had a pile of silver square tiles, I used more double stick tape to adhere them to the disco ball. I could have used hot glue but the pieces were so small and stuck to my hand, so I decided to try tape first and glue as a last resort. Luckily the tape is holding up well!

I had also considered using foam as a backing for the foil so that the difference in thickness would not be noticeable, but after I stuck the first row on I realized it wasn't really noticeable at all, even in the light. And this will be used in the dark.

All in all, it took less than 15 minutes to cover that gap. It would have taken longer to run out to the craft store and pick up mirror tiles. It was also a free product, using items we had saved just in case and tape! I'm pretty proud of how it turned out and I had fun doing it. This could also be a craft project for tweens or teens, using Styrofoam spheres for the shape and foil for the tiles.


Here's the finished product (the white bit in the middle is the back of my phone case): 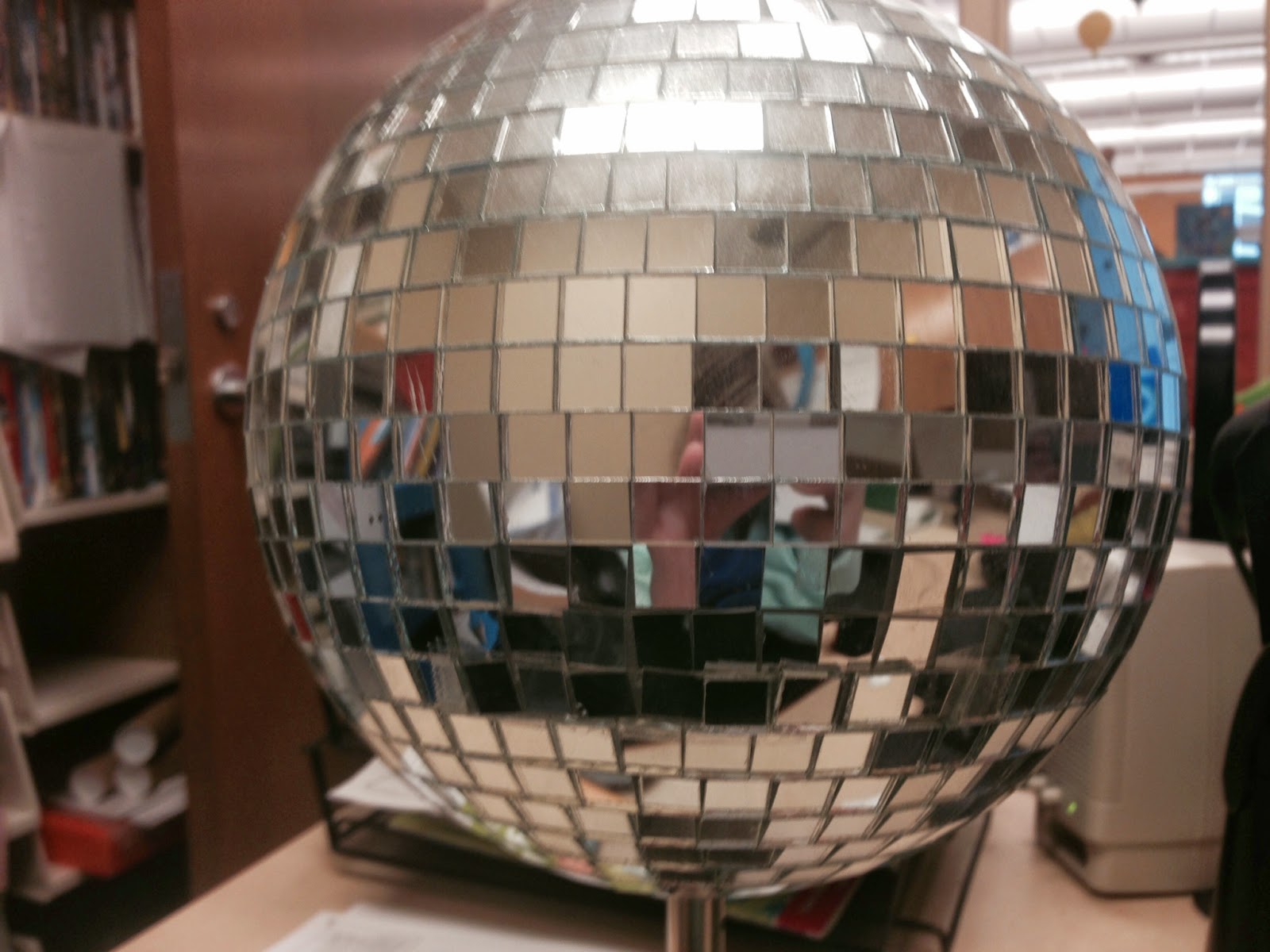